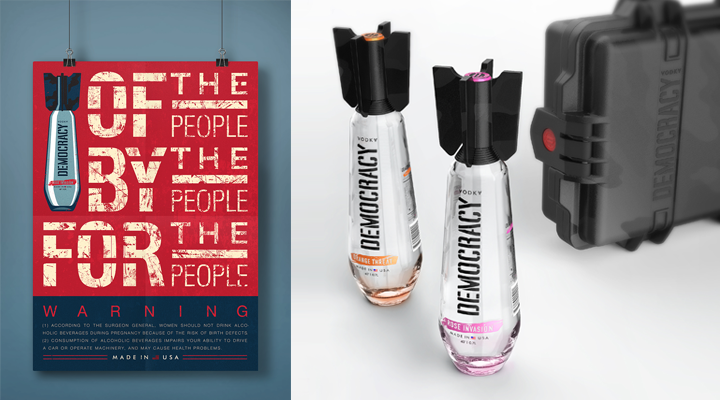 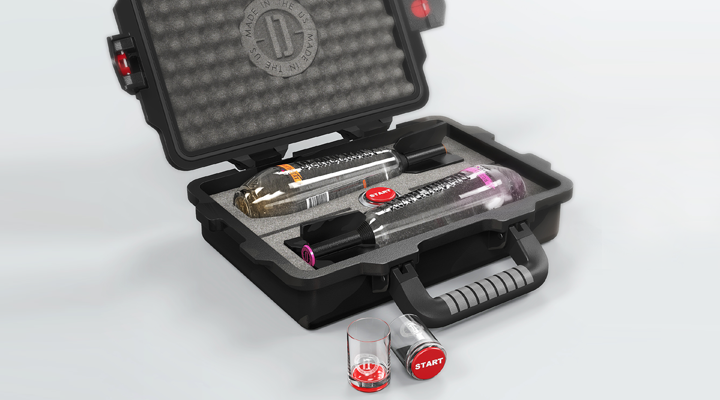 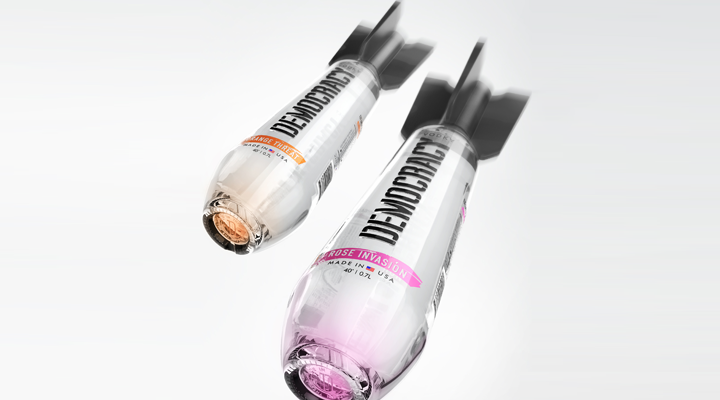 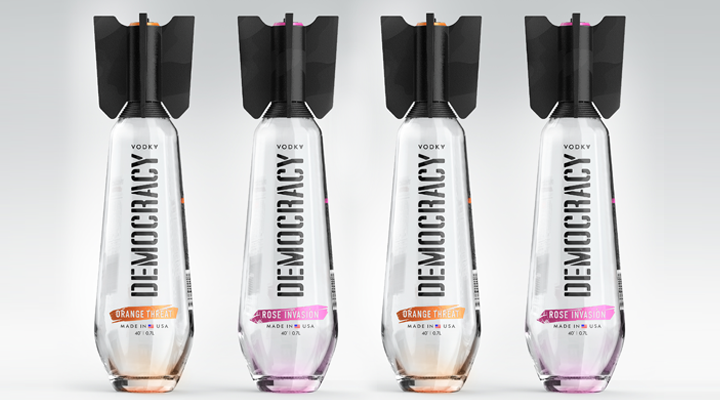 Make democracy, not war.
As far back as in autumn, 2013 we created a new design concept of vodka Democracy.
Designer`s sarcastic mind followed the way of logic which is not a surprise nowadays. The main tool of kindness is a power, the main tool of peace agreement is a danger, and the main tool of democracy is a bomb.

Bottle is made in a shape of bomb and put into a case.
Also, there is a small vodka glass included into the set and it fulfills a function of red start button inside of case.
The most technic and unique detail in design is closure as it is seen from the picture.
There are two varieties of vodka in the set – pink and orange and they symbolize two well known revolutions.
And just one word`s written on the glass can neutralize all the warlike attitude of design. This word is Democracy! It is a political joker strong enough to stand up to any argument and common sense.
Abraham Lincoln`s statement says “…of the people, by the people, for the people…” and let Democracy acquire any shape required.

This concept happened to be a time – delay bomb and unfortunately it also turned out to be some kind of a prophesy, that proves present events which are taking place in fraternal Ukraine.
This situation is the way too far from sarcasm and that is being kind.
Taking this virtual bomb from its creative depot STUDIOIN is making a call for people to “switch on” their brain and open their eyes. Not a single revolution whether it is “pink”, “orange” or “brown” costs human`s life sacrificed for political struggle.
How many masks should be thrown away from politicians` sleeky faces crying loudly about democracy and global equality? Peaceful life and sky is the sole purpose of ordinary people no matter what kind of citizenship, nationality or faith do they have.
Don`t be led by the nose by shady leaders treating ordinary people like a stooge to accomplish their own goals. Take care of each other.